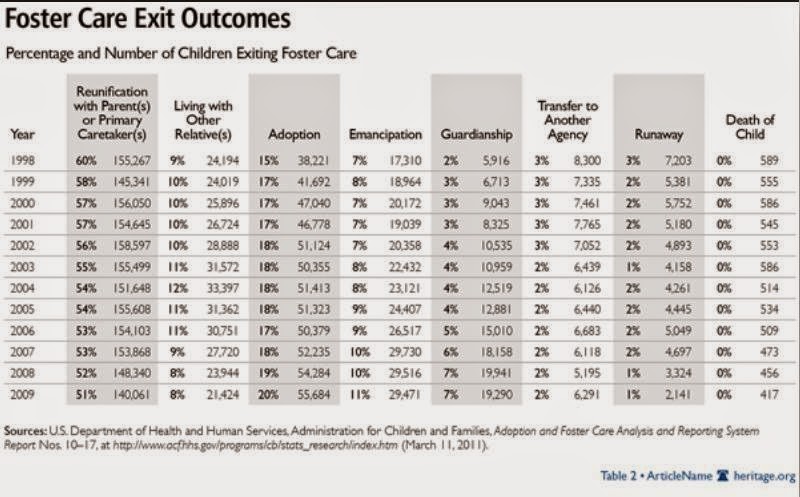 
In other words, children are no longer being returned to parents or families - they are being permanently placed elsewhere or "cut loose".

So what happened on or before 1998 to cause this change?

The Federal Adoption Incentive - also known as "cash for kids" was enacted in 1997. Amazing how in such a short time, the statistics have become so obvious.

Stand up, speak out, educate yourselves. CPS is a self-perpetuating group of bureaucrats who are only out for money and not the well-being of children and families.