What is at the heart of the Jon Massey Case is the testimony of Ruby. After all, there was no other evidence to prove that her allegations against him were true.

Quite to the contrary - there was sufficient documentation through multiple parties that Ruby had been planning to get Jon out of the house since April (when he first interfered in her statutory rape relationship with a 21 year old while she was 14).

Additionally, there were at least fifty witnesses who had been willing to testify that Ruby had always demonstrated a positive relationship with Jon and had repeatedly introduced him as "my father", as well as speaking about him in positive terms, and even encouraging her friends to meet him.

Another issue raised by reporter Mike Volpe is that if Jon had actually done what Ruby accused him of doing, Jon would have been the first molester in history to:

So now let's look at what happened, in Ruby's own "words" - her testimony to the Grand Juries.

The first Grand Jury was held on December 11, 2012 (less than five months after Ruby made the false allegations): 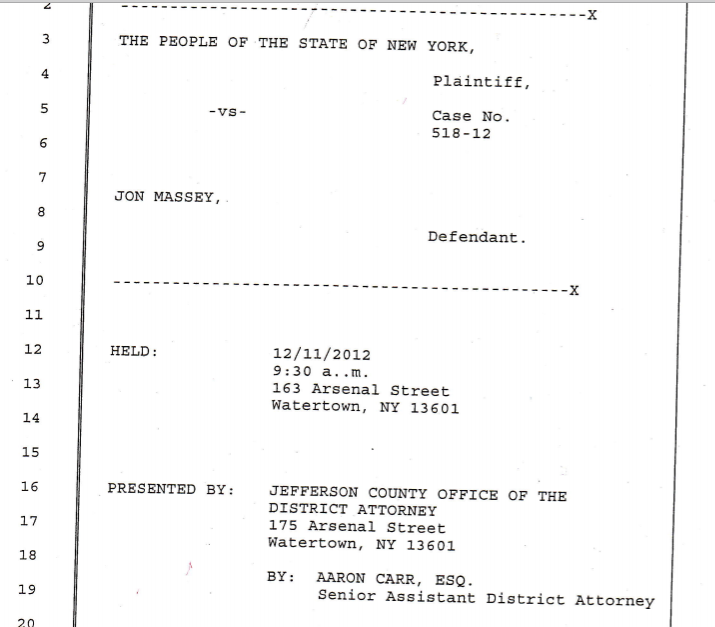 So, at the first Grand Jury, Ruby was able to twice give her original dates, AND reference them to when/where she was at school. 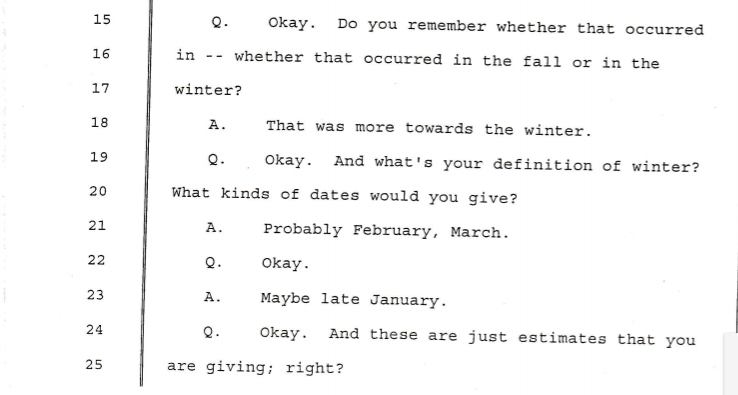 And at this point, Ruby was specifically referencing dates when Jon was NOT living at his apartment, he had suffered bi-lateral kidney stones (initial attack at the end of November 2010 - hospital records proved it - did not get lithotripsy to remove the stones until the end of April 2011) and had moved into our house. His landlord had been doing major renovations on the apartment and would have testified at the trial that they had to set up times specifically for Jon to meet them there, as he wasn't living there anymore.

Love the euphimism "date" - the ADA was apparently unaware at this point that Ruby had made recorded admissions to the sex as had Mike. 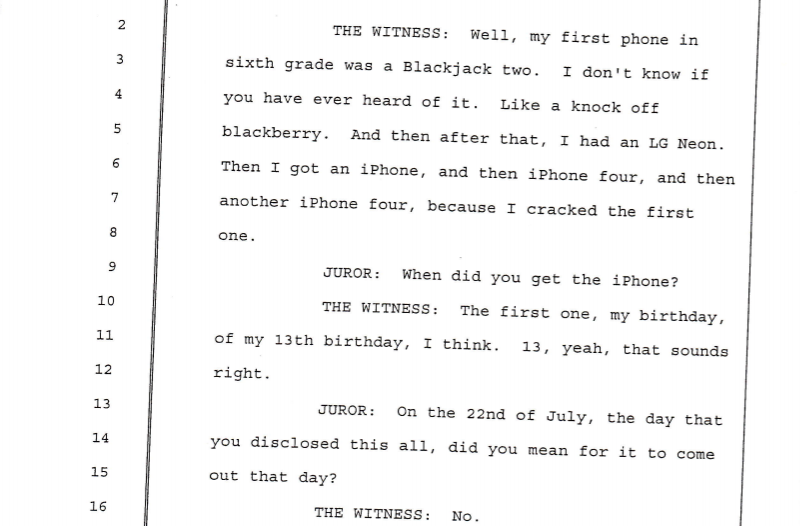 And just to document that Ruby had no problem recalling information correctly, she was able to correctly reference other specific life events that stood out in her life. (You would think that dates she had been sexually molested would stand out also...)

Now compare the above testimony to her testimony at the second Grand Jury on July 18, 2013 (almost a year after her false allegations): 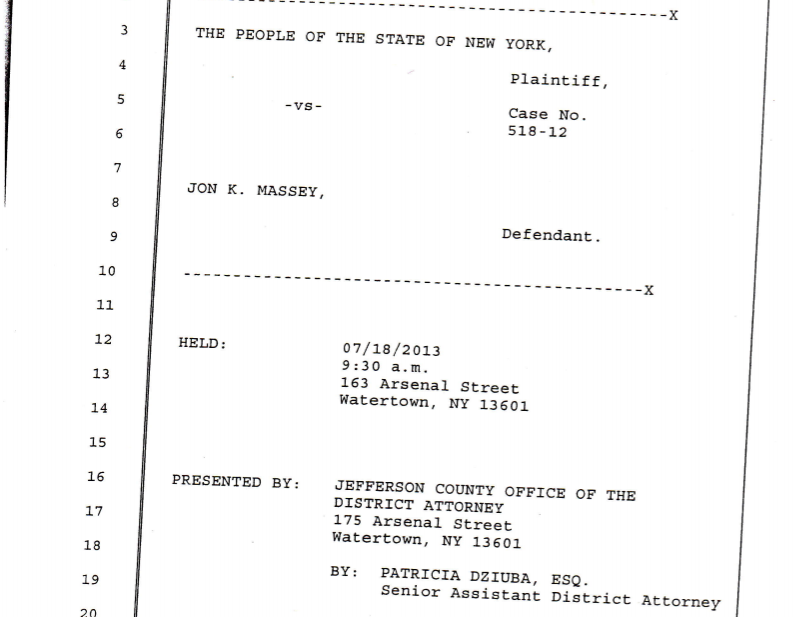 Note: Different ADA - the first one was no longer with the District Attorney's office. 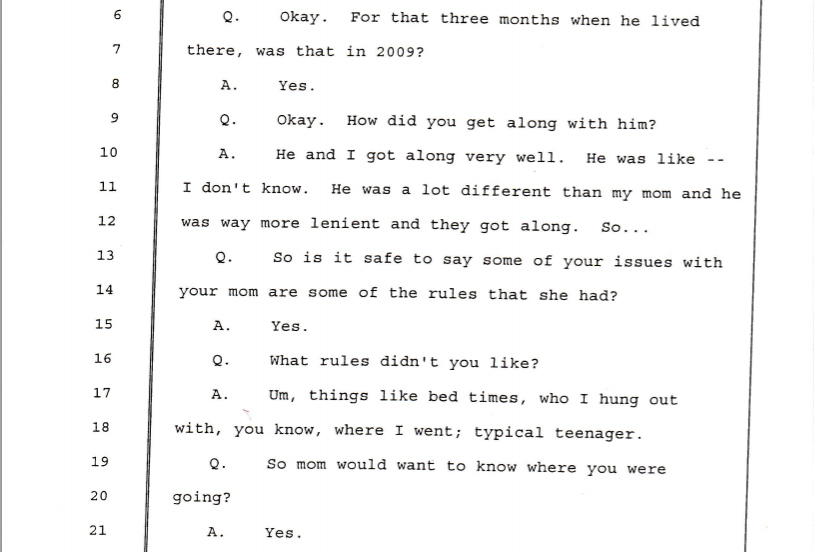 So - they got along. In fact they got along right up until the final time that we threatened to have the 21 year old boyfriend arrested, on July 22, 2012. 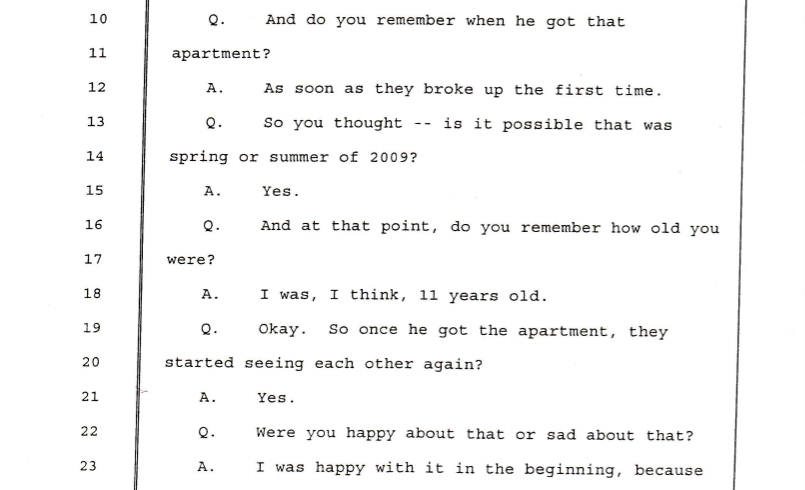 Again, her own words - she actually thought of Jon as a father. For the record, we only broke up once, remained friends, then worked out our differences and he moved back in.

Here is where the ADA begins constant reminders of the dates rather than Ruby remembering them. 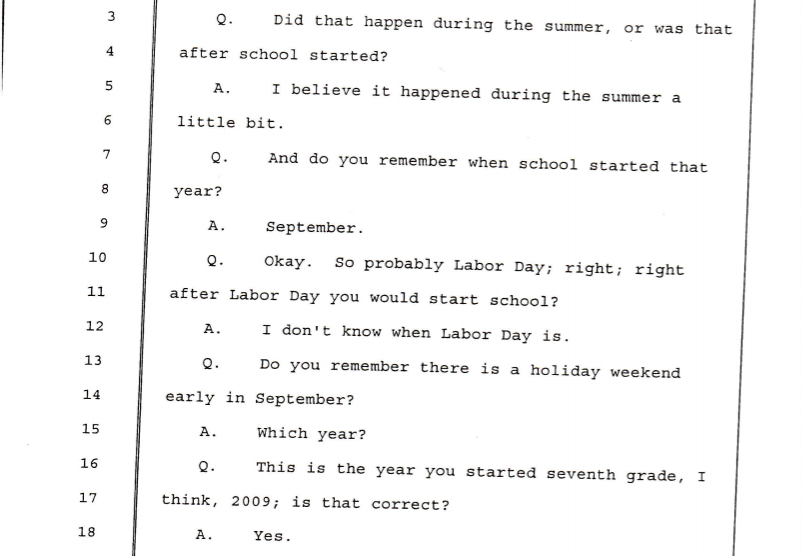 Ruby was actually FULLY AWARE of the cycle of the school year, as the child of a school employee who didn't work during the summer, the school year marked when we no longer had as much free time to do things.

And here we have it! The story that the ADA is trying to lead Ruby through by constantly reminding her of the dates (which conflicted with the story that Ruby had rehearsed and reported for almost a year) crashes and burns. Ruby was 12 going on 13 in 2010-2011, not the new set of dates being forced upon her.

Note that the ADA is still repeatedly reminding Ruby of the dates. 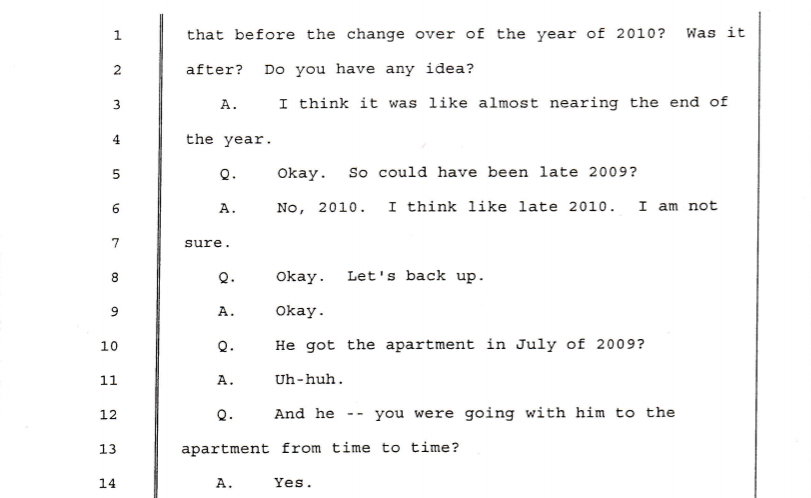 And again, the ADA is feeding Ruby the dates, and at this point Ruby indicates that she is "not sure".

Hmmm...why is the ADA insisting that Ruby not give a year? Could it be because she knew that Ruby's whole story was a lie, and that the first version had fallen apart? And now they had to "remediate" the case to avoid a multi-million dollar lawsuit?

Maybe you should listen to this:
And this:
Because Ruby's own friend testifies as to her drug behavior (use, sales, etc).

Now here is the parting piece of testimony regarding these matters:

So, apparently the 34+ hours that were spent with Ruby, especially the 3+ hours spent specifically walking through the time frame by the county psychologist, have all miraculously disappeared. (See the Doctor, Doctor, Give Me the News! blog entry for verification of his testimony.)

After all, a psychologist with a PhD would have no clue how to appropriately verify information with appropriate questioning techniques. Yet an ADA with a vested interest is able to lead her by the nose through the story (as documented above with the repeated reminders on dates).

The problem with telling a lie is that over time, it falls apart. And this would explain why the new ADA had to spend over 50 hours "coaching" her for the trial. (A good comparison is that 50 hours is approximately the same amount of time spent on rehearsals to perform a school play or community musical - practicing to be someone you aren't.)

It is time so stand up and speak out! Expose corruption!
Posted by River Life at 8:59 AM