A big part of the problem in this case was the CPS caseworker who was directly in charge of the investigation.

Apparently, even though he had been employed by CPS for 6 years at the time of the false allegations, there was a supervisor who accompanied him. Somehow, that sounds like there were already problems with his performance - otherwise why would an experienced employee need one-on-one supervision.

At any rate, we quickly learned that he was unable to correctly process even simple information. When he was taking notes from my interview with him, he did not get my family information correct (apparently my sister lives in France - the two of them really live in the US - and my mother - who actually had died almost 40 years before - was 75 and living 20 miles away). He couldn't even get my last name or my phone number correct, even though I gave both to him MULTIPLE times. Yet later, he blamed me for giving "incorrect" information.

So, for this job performance the guy makes this kind of money? 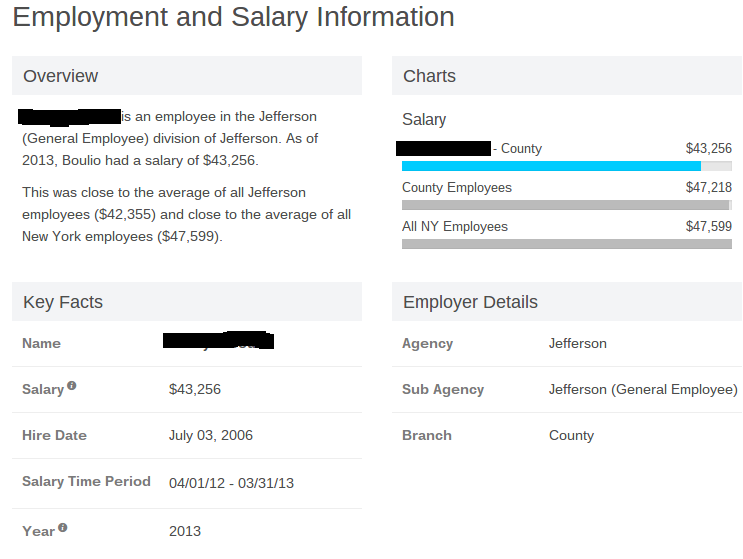 It gets better from there - although Ruby had not been diagnosed with ADHD, her pediatrician put her on Vyvanse to treat her symptoms. For those of you who don't know, most ADHD meds are amphetamines. At the time of the allegations, we had been trying to take Ruby off the meds because she was engaging in other drug-seeking behavior (from both her pediatrician - sleeping pills,  and her friends - alcohol, marijuana), was having escalating medical issues (from her Vyvanse combined with Tramadol that she was stealing and using), and because we learned that Ruby had been giving and/or selling her Vyvanse to others.

When I tried to explain the issues to the CPS caseworker, he didn't even realize that ADHD meds were amphetamines. Instead, he additionally charged me with medical neglect for insisting that Ruby be taken off the Vyvanse. (We were able to clear this up later at a permanency hearing when we disclosed that Ruby had NO diagnosis for ADHD and that we were within our rights to take her off medication for a condition that she wasn't diagnosed with. CPS didn't even bother to get a diagnosis for over a year - but kept her on the meds anyways.) I have an audio recording of that entire conersation with the CPS caseworker to back up my statements.

Another issue that arose was that the CPS caseworker disclosed in testimony at a hearing that he had spoken with the Police Department for "over two hours" prior to interviewing Ruby, and that he actually had a copy of her police report in his possession when he interviewed her. So somehow, correct me if I am wrong, it sounds as though the CPS caseworker was actively working with the police to make sure that they got a case locked down against Jon Massey and that Ruby kept her story straight.

This same CPS caseworker also has documented that once Ruby was in foster care, he did a home visit and once again asked her about the dates and events around the alleged abuse. Her response, as entered in his notes, was that she said "everything is the same as what I put in my police statement". He even testified to this fact at a hearing.

These were the dates and events that changed a year later when the judge and DA realized that Jon's medical records, rental history, and other factors had destroyed their original case.

Apparently, according to Mr. Caseworker, the reason he knew that Ruby had been abused is because her behaviors (underage drinking and illegal drug use, sneaking around, phone swapping, inappropriate relationships) were all "symptoms of abuse". So Mr. Caseworker, care to tell me who abused you that you were not only drinking underage (from the date on this picture you were only 17 in a state with a drinking age of 21)? 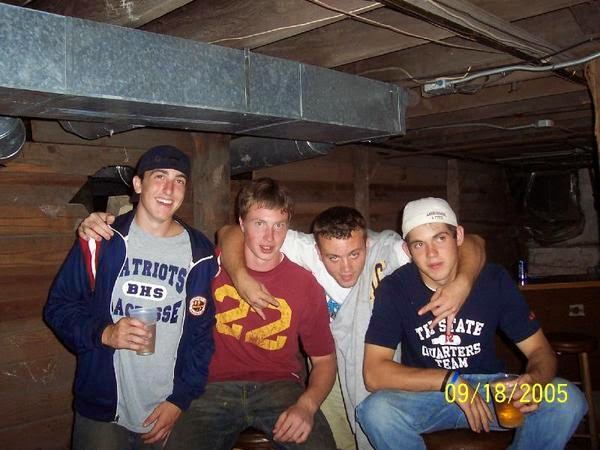 and still drinking underage two years later - while on a sports scholarship and under contract? 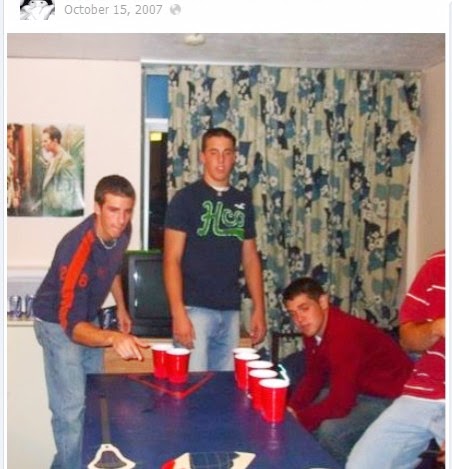 Care to disclose who it was that sexually abused you (and your younger brother)? Because by your standards the abuse happened and caused the behaviors. Or did your mother know about you and your brother's behavior and allow the behavior? Because anyone else would be charged with endangering the welfare of a child by YOUR employer!

Or rather is it just that CPS training materials teach you that any "acting out" behavior can and should be used to diagnose abuse in order to strengthen cases - especially ones that may be based on false allegations.

This is just a partial portrait of the CPS Caseworker (we don't even need to mention that his niece was one of Ruby's best friends, or that I had a run in with his brother-in-law over their mistreatment of a family pet).

With employees like this, no wonder we are in a state and national budget crisis!