The Rule of Three - Liar's Poker 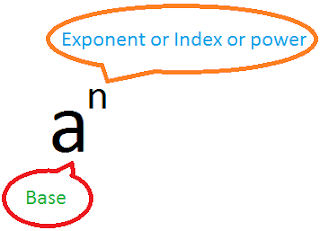 Gather round kiddos, because today's math lesson is about exponents.

Why exponents? Because it directly applies to lying behavior.

Studies have shown that for every lie you tell, you need to tell three to keep it going or cover it up.

So you tell one lie.

Next you tell three lies to cover that first one up.

For each one of those, you tell an additional three lies.

The actual equation is 1 + 3^n where the exponent/power is determined by how far out you are from the original lie (which is represented by the 1). The base of three is the number of lies you tell to cover each one lie.

Now consider that the average person these days has difficulty remembering a phone number, which is only ten digits.

(About the only number most people remember is 867-5309, and Jenny Jenny isn't going to help you now.)

By the time most people get to that second round of dissembling, where the total is only ten lies, they are having difficulty keeping track of what they have already said.

That's when things should start to unravel, and often do in most cases.

Unfortunately, in this day and age of everything being documented and available on social media, the skillful liar will review the original lie and any supporting falsehoods in order to build a coherent, uniform story.

This is especially easy for those in the public eye, as their every breath and gesture is endlessly recorded and analyzed and available on social media platforms.

So although it is easy to see the lie unraveling for an individual you know personally, it isn't always easy to identify the same problem in a public figure.

Hallmark behaviors that can indicate "rehearsal" in order to cover up/explain a story would be lengthy periods of time before beginning an explanation or rationalization of misstatements, as well as multiple successive "press releases" with additional details and/or clarification.

In terms of personal behavior - if you don't tell lies, you are able to continue to provide a consistent story.

Not that long ago, humankind used to be able to trust a person who took an oath that they were telling the truth.

Be that person who is known for their veracity, and it will make your life so much easier.