The Pen is Mightier than the Sword - Part 1 - Binary Value 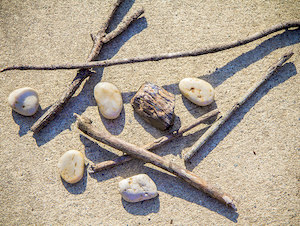 The biggest myth of all time?

"Sticks and stones may break my bones, but words will never hurt me."

Language has a power that transcends time and context and is evidenced by quotes, literature, and even movie lines that are repeated, retweeted, and treasured.

So when you begin chanting words that you feel are relevant, take the time to examine them for the unspoken context.

The minute you add any descriptive adjectives, the opposite meaning also arises, and that is part of the power of words.

A prime example is an airline slogan: "Fly the friendly skies of United!"

This was a marketing piece of genius. Not only does it convey the impression that United is a pleasant and friendly experience, it also insinuates that any other airline is not friendly.

To truly advance the conversations that need to occur, the slogan that people should be chanting right now is the following:

No qualifiers, no adjectives, no restrictions; no ifs, ands, or buts about it.

Here's a simple math problem similar to ones that I did with my middle school math students early in the school year:

How many people are born each second if there are 360,000 people born a day?

The purpose of this math problem wasn't necessarily to assess their division skills, as they were allowed to think/pair/square (try it themselves, work with a partner, work some more with a group of four, then report back) to solve the problem. They were also allowed to use calculators during the exercise.

The real learning experience was for them to start thinking about their answers to problems.

After the "square" time, I polled groups for their answer. I then asked them to think about it for another minute and then report back again. Some of the groups decided to use a mixed number instead at this point.

This is the point where the real discussion began. I asked students if there were such a thing as 4.17 (or 4-1/6) of a human, and if so, what did that mean?

Some of the descriptions revolved around being an amputee, but it was as though nobody had ever discussed the fact that life was a binary concept.

A person is either 1 (alive) or 0 (not alive/dead). We continued with a discussion on whether there were any possible conditions that would give a life a fractional/decimal value instead of 1.

I think the saddest part of the discussion that we had in my classroom is that up until this point, most of these developing adults had never been told that a human life had a meaning, a value, which wasn't any less or any more than any other human life, regardless of any qualifiers, adjectives, restrictions; ifs, ands, or buts about it.

When was the last time you thought about it from this perspective?

When was the last time that you had this discussion with anyone around you, especially the younger generation?

All conversations must begin with this as a starting point.
Posted by River Life at 6:52 PM

Email ThisBlogThis!Share to TwitterShare to FacebookShare to Pinterest
Labels: binary, don't diminish others, life matters, no qualifiers, sticks and stones break bones and words can hurt