At this point I am sure there is speculation about why I don't/didn't believe Ruby's allegations.

Many of you will argue that like beauty, "truth is in the eye of the beholder", and I would have to agree, to a point. Any two people won't see the same incident the same way. But just because you are a parent, you don't have to believe everything your child tells you.

And when you have access to multiple episodes of contradictory evidence, why would you believe unfounded allegations?

Ruby repeatedly demonstrated that she was not afraid of Jon and didn't avoid being alone with him, despite her later testimony. That testimony directly contradicts what we as a family knew to be the truth. Below are some very specific examples:


Ruby had a history of making false allegations.
Ruby was constantly introducing and describing Jon as her "father" to all her friends and their parents, as well as to casual acquaintances. She would repeatedly tell everyone that he was a great parent. This was reported back to us by teachers, parents of her friends, and even her friends. We even had a friend who is a social worker in a different county (who has adopted children that have been abused) tell us that when she learned of the allegations, she did NOT believe them because she had witnessed Ruby's relationship with Jon and it was not characteristic of abuse. Ruby didn't limit this to just when we were around, she would say this when she was away from us also, including in her social media conversations and private messages with people who didn't know us.

Ruby had multiple opportunities to report the alleged abuse to people who would believe and support her including at least ten mandated reporters that she spent time with alone, three individuals that she knew had been sexually abused and would support her, and most of her friends. Ruby never bothered to make any allegations until Jon and I stepped between her and her relationship with Mike Heisler. Not only didn't she report any abuse, she repeatedly told multiple individuals that she was going to get Jon out of the house because she didn't think I would be able to monitor her as well.


Ruby had repeatedly threatened Jon and me with arrest or CPS involvement any time that we wouldn't give in to her demands.


The details of what Ruby gave for allegations don't match reality.

She described going over to Jon's apartment "every week" and that the abuse allegedly occurred 10-20 times or more. Unfortunately for her, and fortunately for Jon, teens these days live on the web and leave a detailed digital footprint, in addition to what we have for records from school, the pediatrician, sports schedules, play practices, etc. We were able to develop a very detailed calendar that demonstrated that Ruby in fact had almost NO opportunity to go to Jon's apartment even once a month. Her social media (and that of her friends) demonstrated that she was at swim practices and meets, musical practice, and her friend's houses almost non-stop during BOTH periods of time (her first story and her second version). Since there were additional friends that she spent time with during both intervals that we didn't collect data from, it further limits her version of how she spent her time.

Additionally, since Jon was living at my house for almost the entire time period involving the first set of allegations, and Ruby didn't even go to Jon's apartment during the second time period (with his depression, it was his "safe place" and we were just friends and not dating), her story just doesn't ring true.

The only direct correlation was that Ruby only began escalating her behavioral problems AFTER we discovered the inappropriate relationship with Mike Heisler (he was 21 and she was 14) and tried to put a stop to it by whatever means possible.

I am and always have been an involved parent and insist on knowing where my children are, when she first began telling her story I knew that it was "off" and there were major issues and discrepancies. I expressed that to the police officer, to the detective, and to the CPS investigators, all of whom chose to ignore my concerns.

Ask yourself, do you have an obligation to support someone who you know is not telling the truth, no matter how close your relationship, if the false allegations will destroy someone else's life? 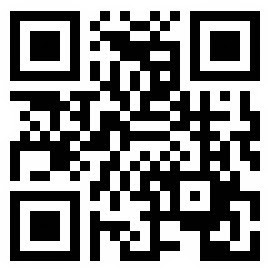