A MATH TEACHER LOOKS AT COVID-19: By the Numbers (This Speaks For Itself) 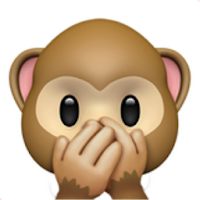 Anyone who has ever paid even the smallest amount of attention should be aware that statistics is one of the most fluid and easily manipulated fields of Mathematics.

Collecting the data is easy. Just count and record.

But when it is time to verify what you are attempting to prove, or disprove, you need to use some form of statistical computation.

In analyzing the released data for my earlier blog entries regarding COVID-19 in FL, I had to dig for numbers that may not have been part of the released reports.

For example, when looking at a certain county directly to the south of me, I determined the percentage of people testing positive, and deaths, based on the actual population of the county, in comparison to the population of the entire state.

Much to my dismay, the actual rates for both were far higher than when just examining the raw numbers. That meant that those individuals travelling north from their homes to access public amenities where I live were a far greater risk than presented because their likelihood of exposure/infection were a relatively high percentage compared to more populous counties.

I applaud the local county governance for being aware of the threat and responding with a variety of actions, including appropriate law enforcement activities, designed to limit the influx of those who were trying to bypass restrictions in their own county.

Meanwhile, another issue has arisen. From this point forward, the numerical data you look at may not be as accurate as one would hope. Click here for censorship at its finest.

The data chief for the website that I was using as a primary source of numbers is no longer employed there. The rumored cause of her termination is that she wouldn't tweak the numbers.

Before we move into a discussion of statistics, lets look at some simple math - computing combinations.

For each of these categories, the former data chief had one of three decisions: under report, give the exact number, or over report.

So there were at least six categories, and three possibilities for each choice.

But this isn't basic multiplication (6 x 3 = 18) because that doesn't take into account all the possible variations.

If you want to speculate, it will take you a while to list all the possibilities that the spin doctors wanted, and then examine other sources to hunt for clues. Let me remind you that this list of categories isn't complete, I just picked the obvious ones quickly visible on the website.

So rather than taking any more time examining the termination issue, lets move on to the issue of statistics.

"There are three kinds of lies: lies, damned lies, and statistics." ~Anonymous

When I took Educational Statistics as part of my Master's Degree, my professor made it clear that if the data doesn't support your hypothesis/thesis, just try a different statistical analysis.

For every type of data, there are usually AT LEAST three different formulae that can be used to analyze the numbers, and one of them should work in your favor if you have a valid topic.

If you enjoy the concept of taking a hard look at statistics presented in the media, try this book (one of my favorite authors): A Mathematician Reads the Newspaper, by John Allen Paulos

But meanwhile, think about it - you should realize that every statistic that you have been given to date regarding COVID-19 can now be called into question. Death rates, positive test rates, hospitalization rates...all of it may have been manipulated to provoke an emotional response from you (and probably was). 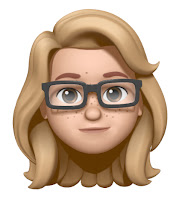 Why terminate a data chief? Because if she is giving accurate raw data, there will always be a nerd like me out there who can use it to educate people, and undermine the spin that everyone is trying to put on it.