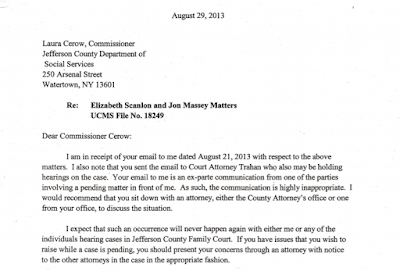 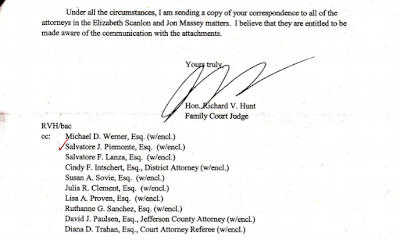 So what exactly got the Family Court Judge so upset? 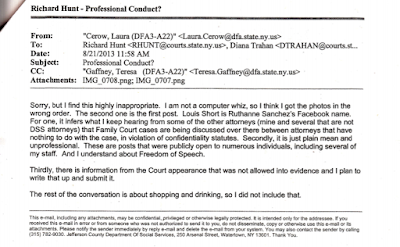 (Never mind the disclaimer at the bottom of this email - it was sent by the judge (now retired) to all the parties listed in his letter. Make special note of the names in the judge's letter...because they are the only parties legally allowed access to the information due to Family Court confidentiality rules.) For the record, Laura Cerow was the Commissioner of our local Department of Social Services at the time. She has since retired.

Now lets look at the attachments to the email that Ms. Cerow was trying to bring to the judge's attention: 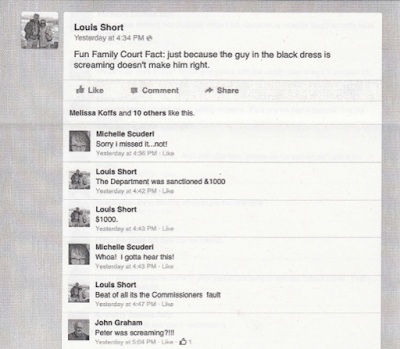 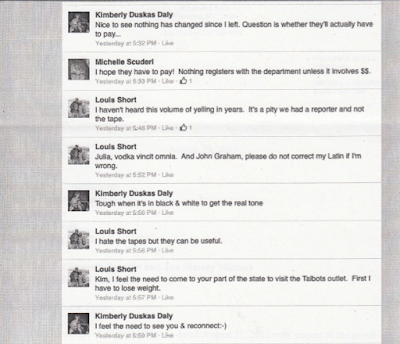 So, let's see - the attorney who goes by the name of Louis Short not only is actively criticizing the judge ("the guy in the black dress"), but also the Commissioner of DSS, and is now promising to disclose confidential information about the case to at least three other people who are NOT parties to the case.

You would think that the judge (as well as the NY Bar Association and Appellate Fourth Grievance Committee) would be concerned about an attorney who uses wide open social media to disclose confidential information.

You would think that the judge (as well as the NY Bar Association and Appellate Fourth Grievance Committee) would be concerned about an attorney who shows blatant disrespect for the entire judicial process.

But no, this attorney saw the judges correspondence as free license to continue her bullying and harassment of DSS and it's employees (click here for details).

And although the media was alerted to this issue, and grievances were filed against this attorney, no action was taken by any of the agencies that could have provided oversight.

This attorney also used the judge's letter as opportunity to continue her criticism of the judge and his court: 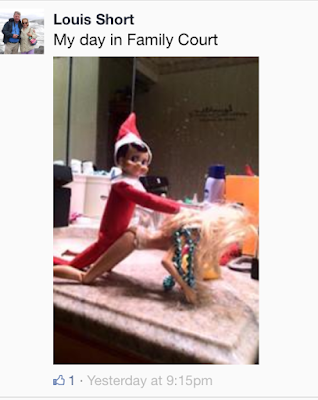 People wonder why there is no justice? Perhaps it is because the legal profession fails to police itself and instead allows this unethical behavior to run rampant.

It is time to stand up, speak out, and expose a corrupt system!