A Slippery Slope: Flinging Poo and Other Wrongs 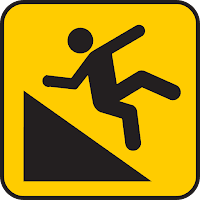 The title of this blog entry is in NO WAY meant to trivialize the current events, as they are horrendous beyond description.

However, none of this should have come as a surprise to anyone.

To say that you "don't understand" how these events could have deteriorated so rapidly means you simply haven't been paying attention.

We live in a society where individuals feel free to use social media to threaten, harass, and bully others. This is not limited to children/teens/young adults - even so-called mature adults participate in this.

Evidence? Look at the "name calling" that occurs after any election. Both the winner(s) and the loser(s) - through their supporters and proxies, if not personally - unleash unlimited vitriol and insults on those who supported the other candidate(s).

When even our purported leadership has a marked lack of respect for the individuals under their "guidance", why would we expect others to behave any differently.

Last time I checked, it was nobody's business if or how I voted, and to attempt to discover the specifics and to persecute me or anyone else because of it is inappropriate.

(Can you imagine being at a second floor level meeting of your peers and hearing the leader of the meeting say "If any of you support 'Candidate X' you can just jump out that window right now!"? I was there.)

This is just the tip of the iceberg. I work at an establishment that normally has what would be considered a middle to upper class clientele. We are under no obligation to provide restrooms because we do not serve food or beverage.

Over the past month, on an almost daily basis, the customers have defiled our bathrooms.

Would you like details? They have urinated and defecated on the floor, wiped feces all over the toilets and sometimes the walls, jammed the toilets with paper towel and then shat on top of that.

One woman even stepped over a garbage pail to enter and exit the bathroom first thing in the morning (the pail was in the door overnight to allow the floor to dry after cleaning). She decided to throw enough paper towel in the toilet to clog it, rather than using the garbage pail that she couldn't possibly have overlooked.

Not once has a customer approached an employee and reported that there was a problem with the bathrooms, or that they were sorry for the mess they left.

We employees have been left to discover the chaos when we have entered the bathrooms to use them.

The ugly truth lurking below the so-called "good life" in America is that we have generations of people who either do not know how to do the "right thing", or just don't want to bother.

The minute it becomes an issue of choice, too many people will do the wrong thing and choose what will benefit them rather than do what is right.

Killing anyone is wrong. Taking anything that doesn't belong to you is wrong. Destroying or damaging someone else's property is wrong. Causing harm to others is wrong.

Until we recognize these simple values and take action to oppose wrong regardless of personal consequences, nothing should come as a surprise.
Posted by River Life at 10:21 AM