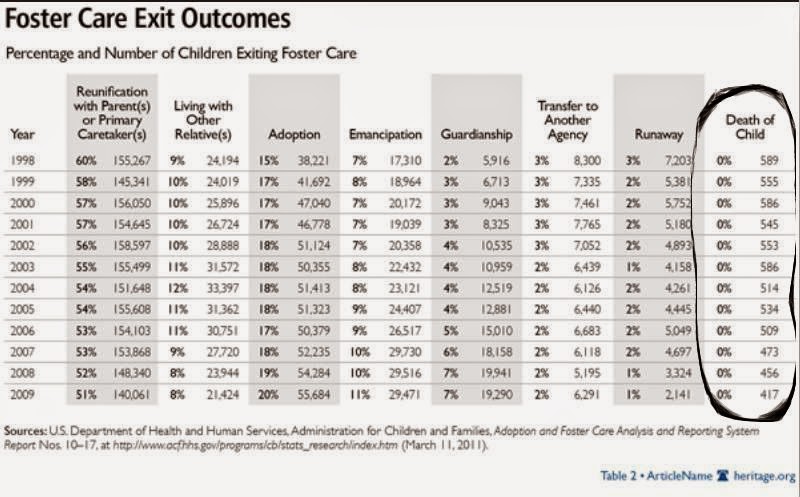 We've already looked at the statistics for children being taken from their parents, never to be returned.

Now let's take a hard look at this last column:  DEATH OF A CHILD

Read the column title again:  DEATH OF A CHILD

Since when is the death of even a single child considered nothing more than an "exit outcome"? Better yet, why are children in foster care dying? They have been placed there to "protect" them by a government agency.

And yet, it isn't just a single child - in the 12 years of this record, it is 6,317 children. Children who have been taken from their parents - the families who try to protect them and keep them safe.

If even a fraction of these had occurred in Ferguson or Baltimore or NYC, the riots would still be going. Yet these children are a blip on the radar, swept under the rug by a corrupt government agency that doesn't want to acknowledge that it is failing families and children.

Stop the insanity and killing! Stand up, speak out! Expose CPS!